It is time to give our LED watch from 2012 a through update. We have designed a new main PCB and some of the highlights are:

We have also made some changes to the design:

The control software has therefore also been updated:

Previous image Next image Back to overview 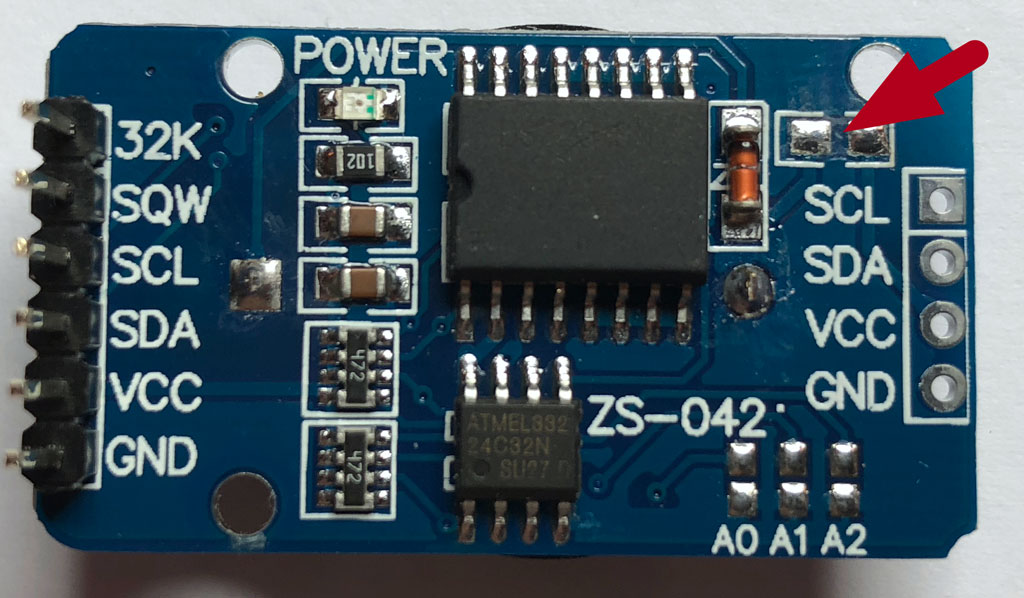 Close up of DS3231 real time clock module where we have removed the charging resistor for the 2032 cell as the one we use is non chargeable. Remember to do this if you don't use a rechargeable 2032 lithium coin cell.